We are talking about the C word today..

First what is it?

Cellulite is a topographic skin change claimed to occur in most postpubertal females.[1] It presents as a modification of skin topography evident by skin dimpling and nodularity that occurs mainly in women on the pelvic region, lower limbs, and abdomen, and is caused by the herniation of subcutaneous fat within fibrous connective tissue, leading to a padded or orange peel–like appearance 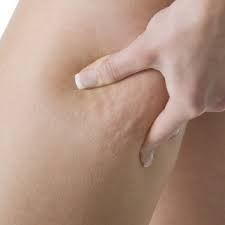 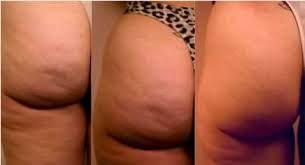 The research, published in Plastic and Reconstructive Surgery, the official medical journal of the American Society of Plastic Surgeons, is based on a study of 29 women who enrolled in medically supervised weight loss programmes. These included low-fat meals and the extreme measure of bariatric surgery, such as gastric bypass and gastric banding. Seventeen of these patients (58%) experienced an improvement in the appearance of their cellulite, but nine (31%) saw their condition worsen.

The patients with the biggest improvements were those who lost the most weight and lowered their percentage of thigh fat. They also had a higher body mass index (BMI) to begin with and more severe cellulite.

Patients whose cellulite worsened started with a "significantly" lower BMI, lost smaller amounts of weight and had no change in percentage of thigh fat.

Those whose skin became looser after weight loss - losing its elasticity - also had worse cellulite. The average weight loss was 13.8kg (30.5lb). The study concluded that losing weight had "variable effects" on the appearance of cellulite.

John Kitzmiller, a plastic surgeon and co-author of the study, said: "Approximately 85% of women are affected by cellulite. Cellulite is not specific to overweight people but excess weight may worsen the condition.

"Although the appearance of cellulite diminished for the majority of patients, weight loss did not totally eradicate the condition. The dimples appear to be permanent features that lessen in depth as the pounds come off."

How do you get rid of it?

If you've wasted time and money on scam cellulite solutions, you're going to be happy – and sad – to hear what I have to say. The truth is if you want to
know how to lose cellulite, the answer has been right in front of your face all along.

And yes, it's the classic 3-step system of the right diet, the right exercise, and getting social support. There's nothing fancy, nothing expensive, and nothing magical about any of these.

Perhaps you expected me to promote some magical seaweed harvested off the coast of the Canary Islands only between November and December when the moon is full? Well, if that's the case, I'm sorry to disappoint you.

Instead, you're going to discover that it's possible for a woman to lose cellulite in her 40's, 50's and 60's, even when most women have given up on beating the cellulite curse.

Most women rely on long, slow cardio training, but in all my years as a trainer, I've never seen jogging build a better butt. In fact, most women joggers still have the same saggy butt and thighs problem as non-joggers.

And sometimes it's even worse (plus, they notice it more too, with all that thigh-rubbing during their long, slow cardio workouts).

Instead, women need to focus on interval training to lose cellulite from their thighs and resistance training to tone up their tush..

That's exactly what one my clients, a woman named Melanie, did it by switching to three short, but intense workouts per week. She Joined Bootcamp, and when she couldnt go to Bootcamp she used my CELLULITE REMOVAL SYSTEM and started with 20 minutes of total body resistance training and finished with 20 minutes of interval training.

Melanie found these workouts to be much more effective for losing cellulite than her old workouts of long cardio. Australian researchers have also found that interval training is more effective for burning belly fat in woman as well, even though the interval workouts lasted only half the time.


No marathon cardio sessions needed. Instead, her cellulite solution workouts focused on short, burst activities only. But none of this would have been possible without the support of her husband.

Most women don't know this, but social support is one of the most important factors in the success of any fat loss program. If you don't have someone motivating you, encouraging you, and holding you accountable, even all the magic in the world won't cure your cellulite, because at the end of the day, you still have to do the work.

Along with a 1600 calorie per day diet of whole, natural foods and the loving social support of her husband, Melanie was able to lose over 25 pounds in 12 weeks and dropped her body fat 7.7% to an all-time low of 16.9%. She lost 3 inches from her thighs and over 3.5 inches from her hips. It literally looks as though someone elevated her butt two inches and removed all the fat from her low back.

By getting rid of her cellulite and boosting her butt, Melanie not only changed her body but transformed herself inside and out. She now has the power over food, rather than it having the power over her, and she has her best-ever body, most women simply give up or continue to rely on cellulite scams to provide an overnight change in their body.

She is an inspiration to women everywhere who want to know how to lose cellulite.

There's no magic potion or pill. Just the right diet, exercise and social support.
AND NOW OUR DAILY DEAL!!!!!!

Sunday thru Saturday your meals are planned, your 3 workouts per week are planned.

This System Sells for $97, but you can get it today as part of out DAILY DEAL for just $47
Your Meals Will be emailed to you in a PDF file you can easily print, and your Easy to follow Virtual workout will be in a password protected area of our Site..so that you can access it any time you want.

New Diet Taps into Innovative Concept to Help Dieters Get Rid Of 12-23 Pounds in Only 21 Days!