Swine Flu, Detox for Immunity,Boot Camp YOU MUST READ THIS

Swine Flu, Our Detox Program and Our Boot Camps

First, The Swine Flu is the talk of the World right Now..So Let's get some REAL facts right now from The CDC:
What is swine flu?
Swine Influenza (swine flu) is a respiratory disease of pigs caused by type A influenza viruses that causes regular outbreaks in pigs. People do not normally get swine flu, but human infections can and do happen. Swine flu viruses have been reported to spread from person-to-person, but in the past, this transmission was limited and not sustained beyond three people.

How does detoxing help your Immune system:

* Up to 25 percent of the U.S. population suffers to some extent from heavy-metal poisoning.2

* Although overall cancer death rates are declining steadily, the death rates for victims of particularly deadly cancers are rising.3

* The 600 percent increase in the amount of chlorine in the atmosphere during the last 40 years is not just affecting the countries producing chlorofluorocarbons--it's present in every country and in Antarctica, the North Pole and the Pacific Ocean.4

* In the United States alone, industrial sources and gasoline exhaust release more than 600,000 tons of lead into the atmosphere that are eventually inhaled or ingested after being deposited on food crops, fresh water and soil.5

SCARY???? Wait there is more

Once environmental illness is diagnosed, the logical first step is removing the offending toxins from a patients environment. Only then can getting well begin. Detoxification is the key to this process.

"Toxicity has become a great concern in the 20th century, and I predict that the process of detoxification will be an important tool for 21st century medicine," says Elson Haas, M.D., author of The Detox Diet (Celestial Arts, 1996).

Once the detoxification process is complete, it's time to begin rebuilding the immune system and minimizing chemical irritation.

Toxic chemicals and hazardous waste contaminate our air and water. Our homes and workplaces are saturated with synthetic materials that release chemical vapors into the air we breathe. Toxic metals such as lead, aluminum, cadmium and mercury pervade our environment. Pesticides, herbicides, insecticides, fungicides, fumigants and fertilizers seep into the soil and are absorbed into our food. Additives, preservatives, and artificial colorings and flavorings are found in almost all supermarket food products.6

The result is a 20th century phenomenon--either a heightened sensitivity to synthetic substances or an environmental illness. Symptoms often mimic those of other illnesses--fatigue, low vitality, depression, poor concentration or headaches. Environmental illness can manifest as chronic fatigue syndrome, fibromyalgia (muscle and joint pain), Parkinson's disease and childhood asthma.7

We're waging chemical warfare on ourselves, and we're paying the price--in illness and sometimes death.
We may not be able to escape every pollutant in our world, but we can protect ourselves and rid our bodies of these poisons naturally and safely.

Toxicity vs. Allergy
Environmental toxicity and environmental allergies are two different things. Allergies result from the immune system's overreaction to a substance in the environment. Environmental toxicity occurs when tissues and cells are poisoned to a point where they can no longer function properly. Allergic reactions usually diminish when contact with the offending allergen stops. Toxicity-based problems, however, can persist long after exposure, depending on the type and extent of damage the toxins have caused.8

Because its causes are many and varied, and its symptoms often mystifying, environmental illness is frequently dismissed by some physicians. Jeff Anderson, M.D., a medical consultant in Marin County, Calif., isn't one of them.

"Multiple chemical sensitivity is a very valid phenomenon," he says. "There are tremendous amounts of science that outline its mechanisms. A minimum of between 4 percent and 12 percent of the U.S. population has either a chemical intolerance or a chemical sensitivity."
Enough people are suffering from such conditions and other environment-related maladies to keep Anderson busy full time; his practice consists solely of people with environmental illnesses. "It's a huge problem," he explains. "The cost of illness from indoor air quality alone is estimated at $20 billion a year in lost income and disability payments at all levels of industry."

Anderson approaches each patient's condition as a mystery that needs to be solved. He begins by taking an extensive health and environmental history then follows with a thorough physical exam and lab tests to screen for chemical toxins. The test results are matched with tests of a patient's home and work environments to determine the toxin's source. If necessary, further diagnostic work is completed on the patient's immune and neurological systems.
"We get a pretty good picture after all this," Anderson says. (http://www.curezone.com/ )

My 10 Day Weight Loss / DETOX program is not just about losing weight....Build your immune system, cleanse, feel better, get some more energy...Once again this will not be easy, but you might lose more weight and Feel Better in the next 10 Days than ever before..

The average adult has two to three upper respiratory infections each year. We are exposed to viruses all day long, but some people seem more susceptible to catching colds or the flu. The following factors have all been associated with impaired immune function and increased risk of catching colds:
old age
cigarette smoking
stress
poor nutrition
fatigue and lack of sleep
over-training

Regular Moderate Exercise Boosts ImmunityHowever, there are some things that seem to protect us from picking up colds. One of those things appears to be moderate, consistent exercise. More and more research is finding a link between moderate, regular exercise and a strong immune system.

Early studies reported that recreational exercisers reported fewer colds once they began running. Moderate exercise has been linked to a positive immune system response and a temporary boost in the production of macrophages, the cells that attack bacteria. It is believed that regular, consistent exercise can lead to substantial benefits in immune system health over the long-term.

More recent studies have shown that there are physiological changes in the immune system as a response to exercise. During moderate exercise immune cells circulate through the body more quickly and are better able to kill bacteria and viruses. After exercise ends, the immune system generally returns to normal within a few hours, but consistent, regular exercise seems to make these changes a bit more long-lasting.

According to professor David Nieman, Dr. PH., of Appalachian State University, when moderate exercise is repeated on a near-daily basis there is a cumulative effect that leads to a long-term immune response. His research showed that those who walk at 70-75 percent of their VO2 Max (http://sportsmedicine.about.com/od/injuryprevention/a/Ex_Immunity.htm)

Do I have to Keep saying it....join Boot Camp here:
https://www.paypal.com/cgi-bin/webscr?cmd=_s-xclick&hosted_button_id=4849073

IN Miami (The Grove)
In Pembroke Pines
In Miami Lakes 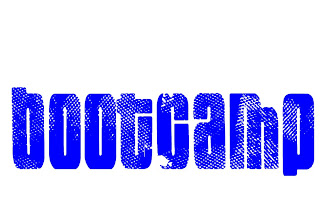 Good stuff. Thank you so so much for sharing your knowledge with the world through the Internet. Wonderful blog and post you got here
HCG Diet
HCG Diet Drops

New Diet Taps into Pioneering Plan to Help Dieters Get Rid Of 20 Pounds within Just 21 Days!

eToro is the #1 forex broker for beginning and full-time traders.