I burned 1,007 calories just with this (Boot Camp)

Thursday night at Boot camp we kicked it up a notch!

I wanted to push a little more, but I wanted number to back it up.

I was asking for constant feedback from everyone wearing a heart rate monitor.

I saw Joel Marion post this on his blog:

If you want fast results, you’re going to have to work out HARD. Oops…looks like I just lost 99% of the world as a potential customer. 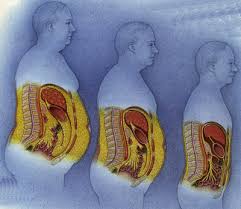 Let me ask you this…

When is the last time you felt “uncomfortable” during a workout? I’m talking about “hands-on-your-knees, sucking-wind, sweat-dripping-on-the-gym-floor” uncomfortable? For most people it ain’t recent.

Classic example: For the last two weeks I’ve been working out with a guy by the name of Dan “The Machine” Long. He doesn’t call himself that, but I do. Why? Because he’s a machine. Pretty self-explanatory.

That’s 362 additional calories burned while sitting on my butt driving home – that’s more than most people burn in a 30 minute workout, and I did it while sitting around.

Had I left the calorie monitor on for another hour, it probably would have read somewhere around 1500 calories (nearly TRIPLE the caloric burn of the actual workout).

And I attribute that kind of dramatic “afterburn” directly to the intensity of the workout, and more specifically to a concept that Dan refers to as “kill mode”.

What is kill mode? Well, allow me to define it for you, straight from Results Dictionary:

Let’s say you’re doing a timed set of jump squats for one minute. The first 30 seconds is auto-pilot. The final 30 seconds is when you enter kill mode – you forget about how you’re feeling, you allow adrenaline to take over, and you give it your all. You push. You go harder. You dominate.

Is it uncomfortable? YES. Is it HARD? Absolutely. Does it require mental toughness? You better believe it. 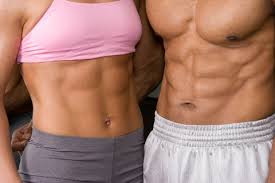 But as I stated at the very beginning of this post, you’re NEVER going to get the results you’re after without truly, genuinely working HARD.

Think about it – are you truly pushing yourself during your workouts? Does each set end with a “kill mode” moment? If not, you’re barely scratching the surface of your fat loss potential!

So here’s what I want you to do:

Leave me a comment and let me know if you are getting the same kind of results or not..

and I will send you a free fat blasting workout
Posted by Rafael Moret at 3:34 PM

New Diet Taps into Revolutionary Concept to Help Dieters Get Rid Of 20 Pounds in Only 21 Days!